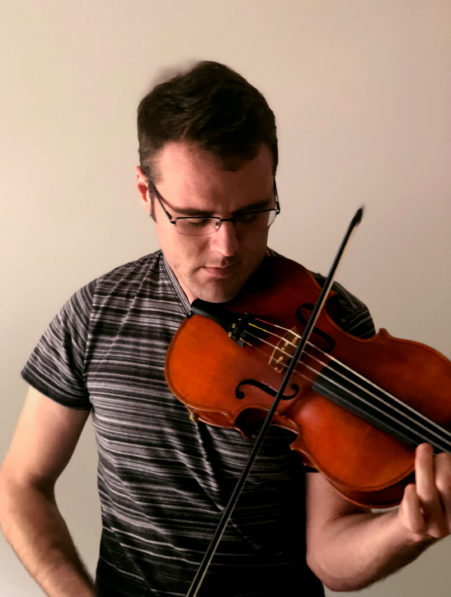 Andrew Holmes began his musical studies at the age of 11. He quickly showed a talent for the viola and began private instruction at the age of 12 with Lenny and Jane Schranze. After progressing at a very quick pace, he enrolled in many different summer programs including The Hindemith Institute in Switzerland, Sewanne Summer Music Festival, The National Symphony Music Camp, and Interlochen Arts Camp. After attending Interlochen Arts Camp, he auditioned to, and was accepted into the prestigious Interlochen Arts Academy under the instruction of David Holland. After graduating from Interlochen, he was accepted into the studio of Kim Kashkashian at New England Conservatory in Boston, MA. Having completing 6 years of study with Kim Kashkashian. To further his passion for teaching, he completed a Masters of Arts in Teaching degree from Longy School of Music of Bard College in Los Angeles. It was here that he began teaching elementary, middle school, and high school students in the greater Los Angeles area public and charter school system for 4 years. As a recent transplant into the Charlotte area, he is looking forward to the bright future this wonderful city has to offer!